Congratulations to the following members that have obtained their BSS designation in 2016 and have become Professional Members of the Ontario Building Envelope Council. 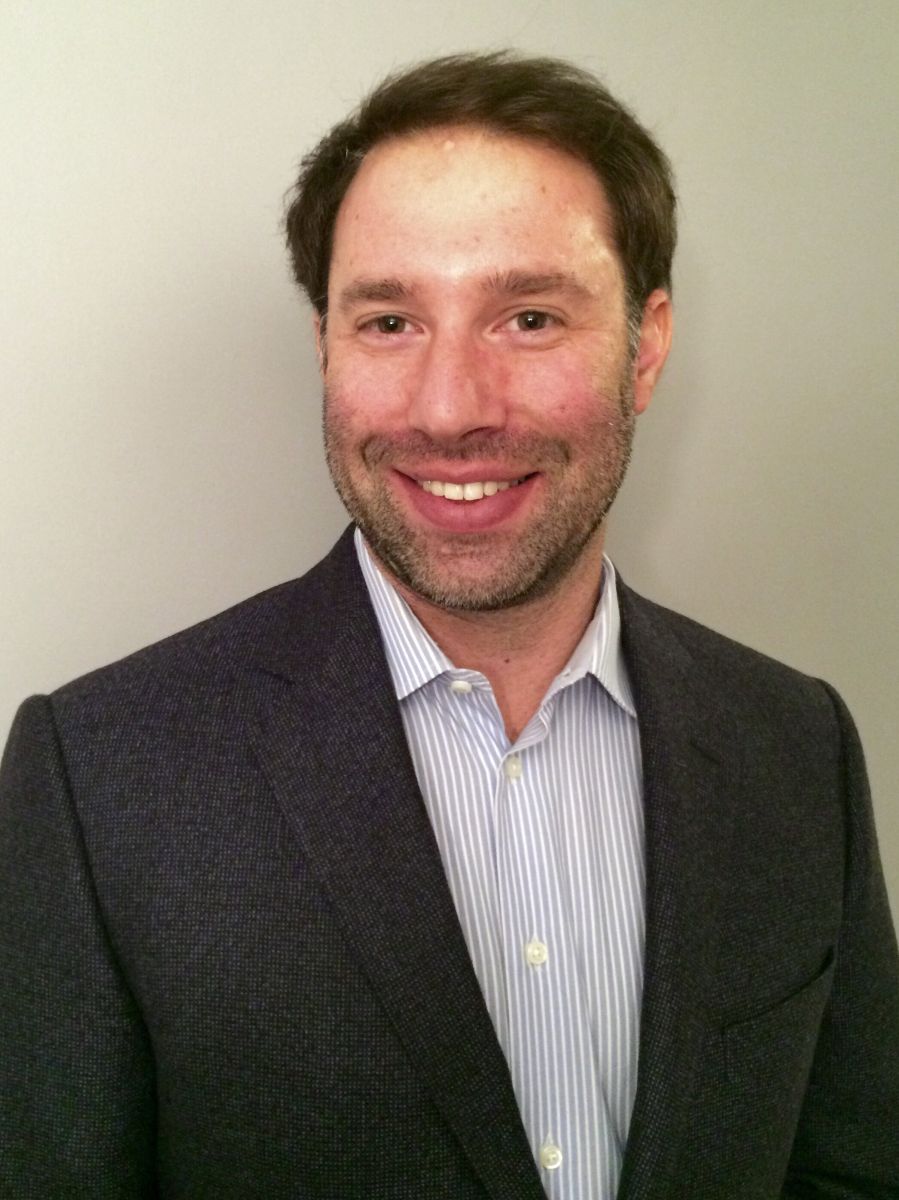 Adam graduated from the Civil Engineering program at Lakehead University in 2006. He has been in construction since the age of sixteen, and has progressively worked his way into being involved in many large scale projects throughout the Guelph, Kitchener/Waterloo and Cambridge areas. In 2012 he joined Chung & Vander Doelen Engineering Ltd. who specialized in Geotechincal, Materials Testing and Building Science. Adam is currently the Manager of Building Science and Field Services, and recently completed the Building Science program at the University of Toronto. Adam provides inspection and consulting services for many aspects of building construction, and is becoming specialized in the growing field of building science. Some notable projects include Google Canada new headquarters, The Hub and Sage Developements in Waterloo, Mammoet North America head office, The Boardwalk, Maple Leaf Foods Distribution Centre, and the Applied Heath Sciences and New Science Building at the University of Waterloo. 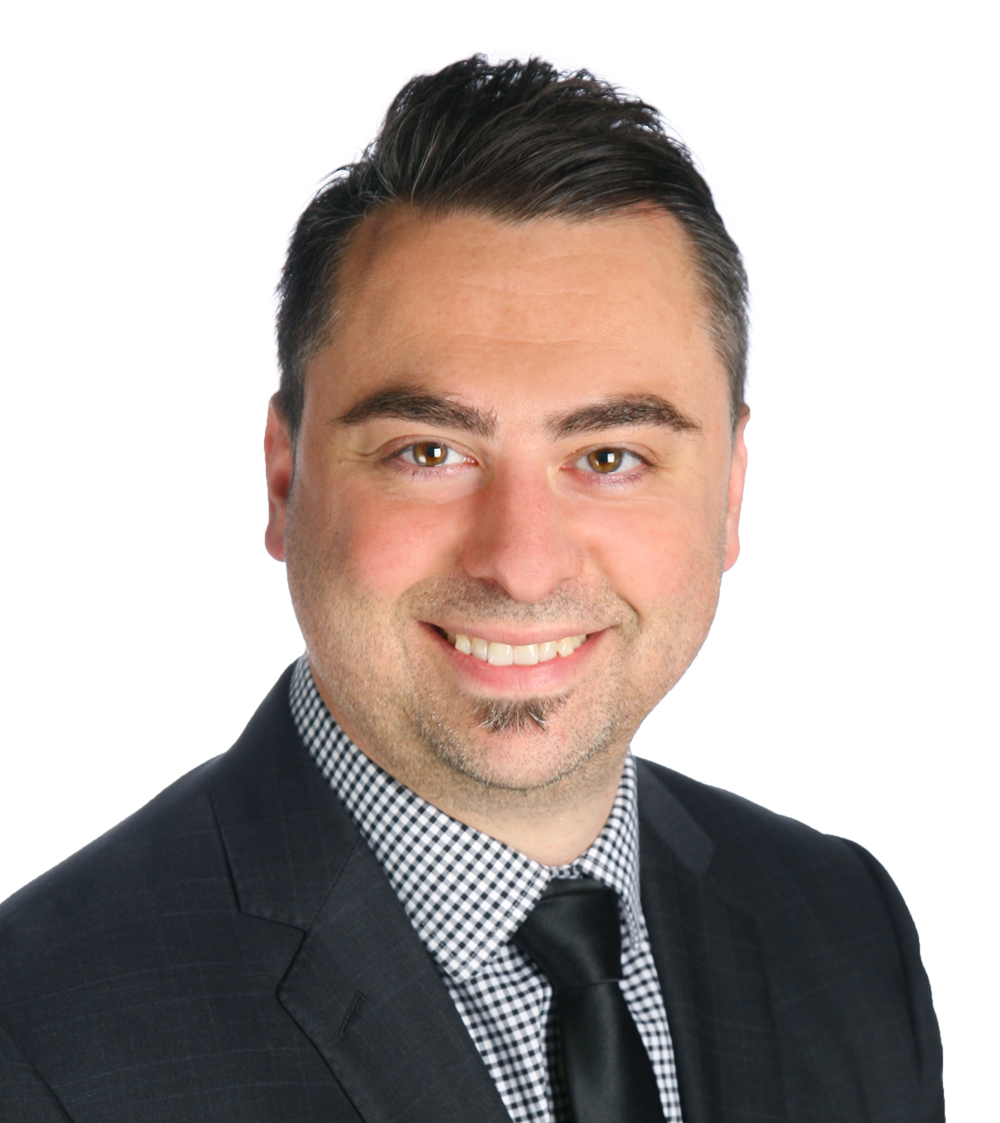 Marko Balen is a Building Scientist with the Environmental Due Diligence & Remediation group at Pinchin Environmental Ltd.'s Mississauga office. Marko has several years' experience as an Architectural Technologist working for the Department of Foreign Affairs and Trade and as a Building Scientist. Marko holds a Bachelor of Arts degree from the University of Toronto and has successfully completed the Building Science Certificate Program at the University of Toronto, School of Continuing Studies. Marko has been involved with various restoration projects throughout the GTA and conducts building envelope investigations and inspections as well as property condition assessments on commercial, industrial, high-rise residential and institutional properties. Marko is also a licensed designer under the Ministry of Municipal Affairs and Housing and has a thorough understanding of Ontario Building Code (OBC) requirements. 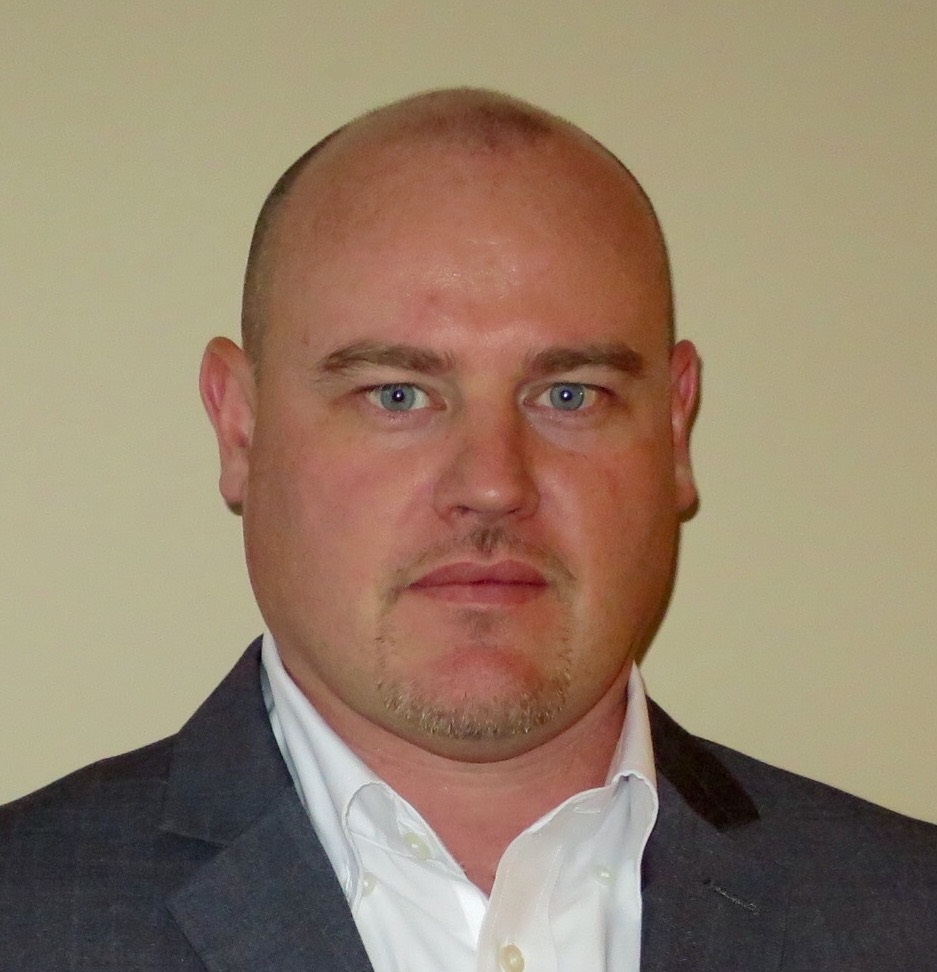 In 1997 Mark Graduated from Centennial College as an Architectural Technologist. He started his own Residential design company where he designed several custom homes. He went on to work for a structural engineering firm where he developed his knowledge and experience of building structures, property condition assessments as well as working on several restoration and new construction projects. In 2001 Mark received his certificate in "Project Management" from Humber College. He earned his "Project Management Professional" (PMP) designation in 2006 from the Project Management Institute. He continued to work in the Engineering field as a Sr. Project Manager where his main focus was masonry restoration, cladding and wall systems. Some notable projects include Stanford Institute for Economic Policy in San Francisco, California, the Peter Munk Cardiac Centre at Toronto General Hospital and the Atlantis Hotel and Casino in the Bahamas. In 2012 Mark joined the team at Henry Bakor as a "Building Science Specialist" where he is able to share his knowledge and experience as well as promote their Building Envelope Systems to Architects, Engineers and Contractors.

Matthew received his Advanced Diploma in Architectural Technology at Mohawk College in 2013 and immediately began his career at Giffin Koerth Forensic Engineering where has been employed since. Matthew has remained dedicated to growing professionally by completing his Ontario Building Code Compliance Certificate at Humber College, the Building Science Certificate at the University of Toronto and most recently the CanPHI Passive House Designer course at St. Paul University in Ottawa. Matthew is also a licensed designer under the Ministry of Municipal Affairs and Housing and has been providing custom design and renovations for the last year. At Giffin Koerth, Matthew has been assisting as the primary technologist for investigations on building conditions in regards to structure, building envelopes, fire separations and exterior architectural building features. Matthew is passionate about small buildings design and is extremely motivated to build a career in providing top quality designed buildings! 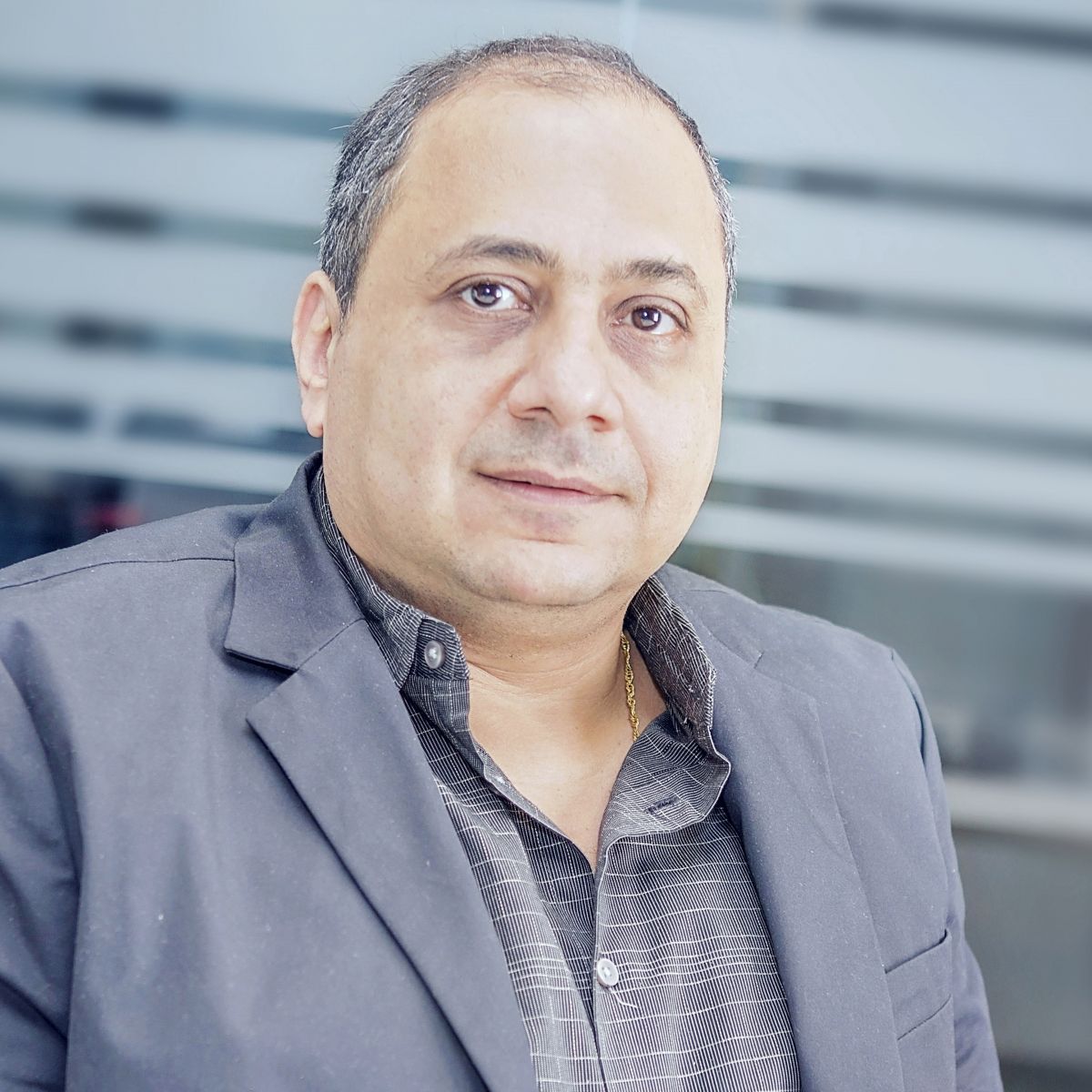 Atef Guirguis received his bachelor degree in 1990 from Helwan university, Faculty of Fine Arts, Cairo Egypt. He then joined the Egyptian army as an Engineering Officer for three years starting from 1991. At that same time, Atef worked part-time with one of his professors and shared in drawings development and detailing from conceptualization stage through final release for a lot of luxury private residence in Saudi Arabia and a number of private Yachts. After his time with the army and with his professor, he joined Project Management and Construction Group "PMCG" in Egypt, where he helped with the preparation of working drawings and details for the extension and renovation of the well known Medina Oberoi hotel in Saudi Arabia. Since then, Atef has worked in preparing architectural schemes and drawings for 10 years in Delta Design Office.

Atef did this for a wide variety of buildings including; schools, residential buildings, shopping malls, but mostly hotels and tourist resorts. In 2006 he moved to Canada. For seven years, he spent my time working with Yolles, a CH2M Hill Company, as a Senior BIM Technologist. In Feb 2011 he obtained his credentials recognized by The Canadian Architectural Certification Board (CACB) and started the Architecture Internship Program with the OAA. Atef is currently a Senior BIM Modeler with Stephenson Engineering Ltd. 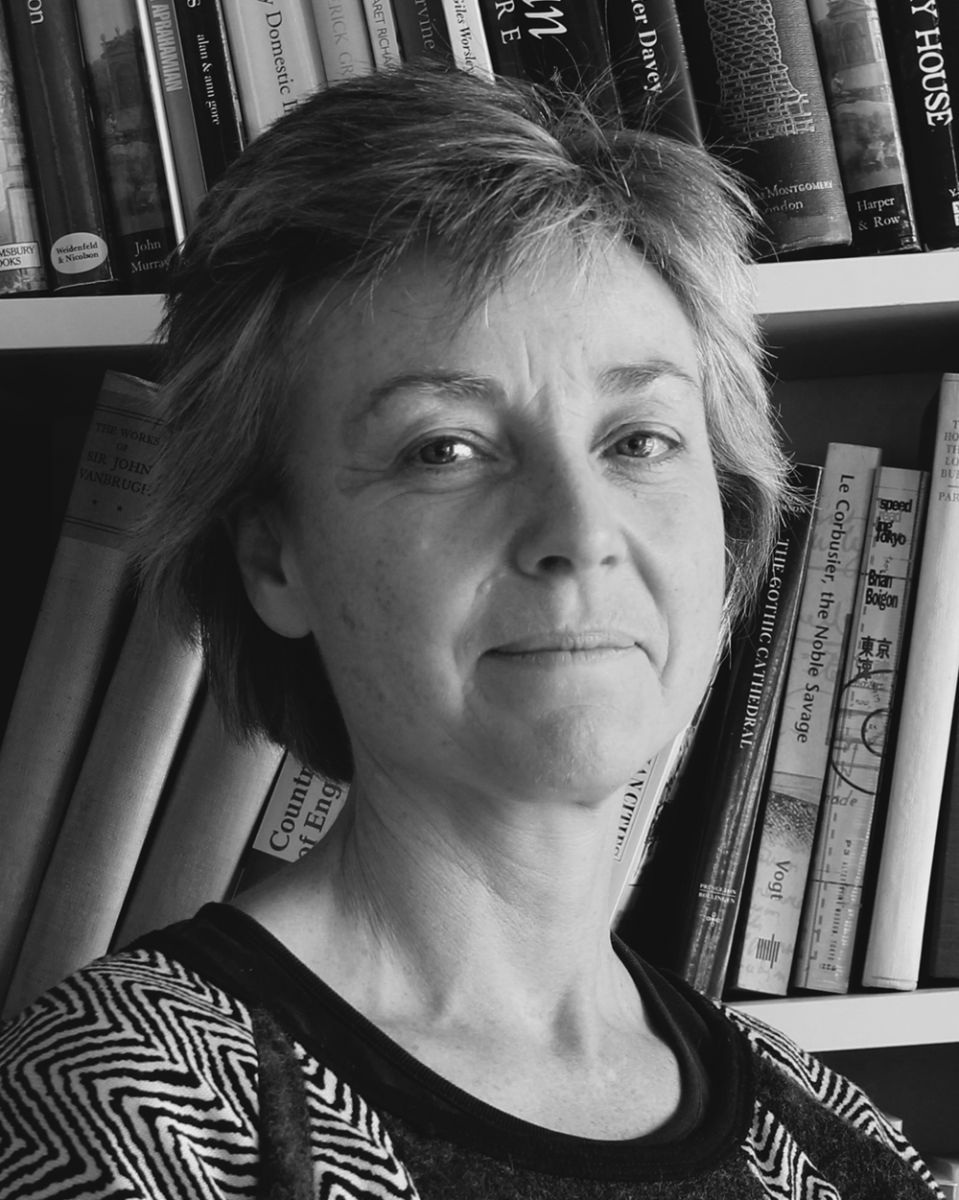 A registered architect with more than 15 years of heritage experience, Gill has been involved in numerous conservation and adaptive reuse construction projects, as well as feasibility and master planning studies. Gill has a keen interest in heritage conservation and sustainability, with a particular focus on the evolution and behavior of construction materials. 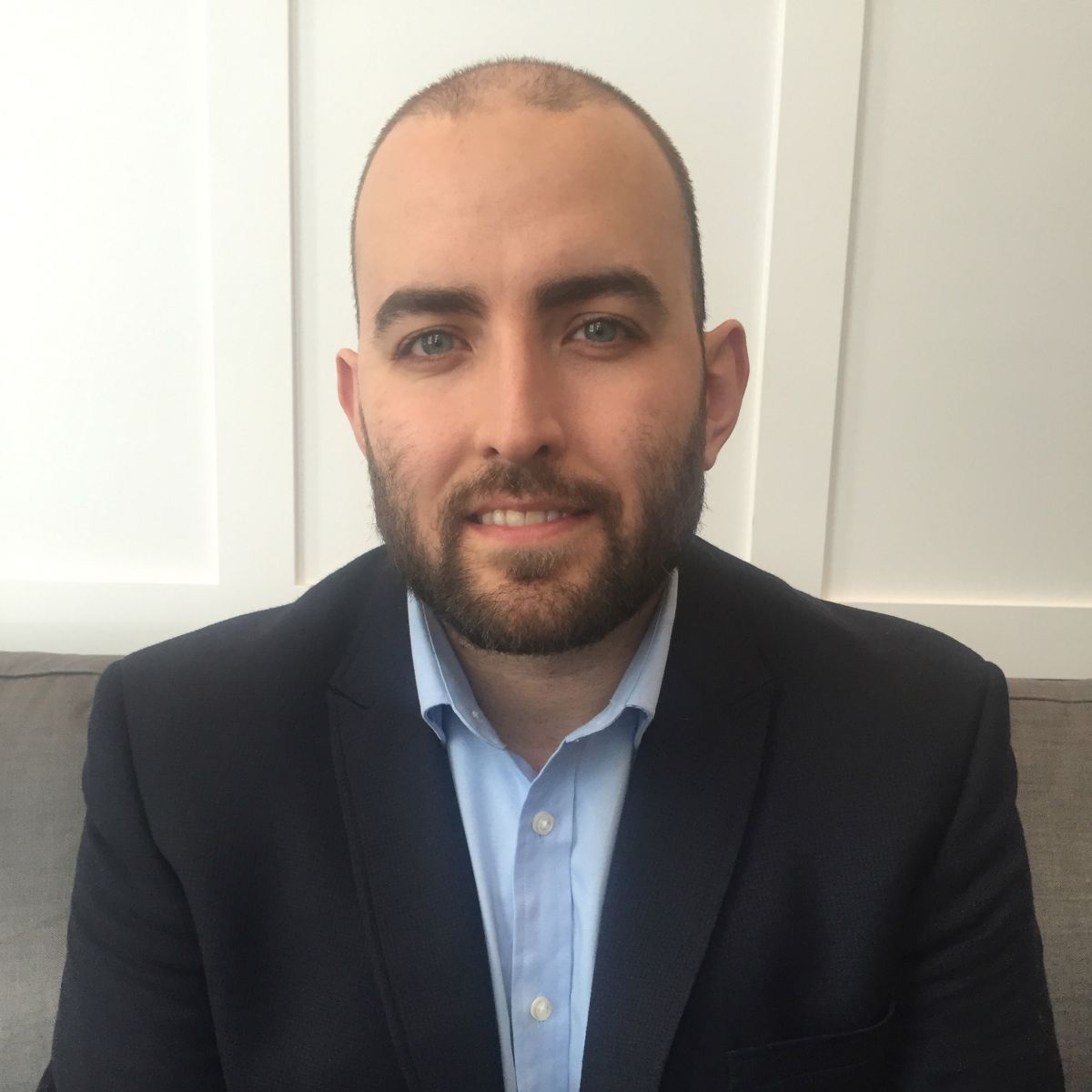 Ryan Haley graduated from George Brown College with a diploma in Architectural Technology in 2005.  He has worked as an Architectural Technologist with various firms in Toronto and the GTA. Since 2008 Ryan has worked with Tarion Warranty Corporation. He started as a Warranty Service Representative and has been a Manager in Warranty Services since 2014. In this role he assists builders and owners in dealing with complex warranty related building, construction, and contract issues. Ryan has also obtained his OBC BCIN qualification in part 9 house, general legal and part 3 large buildings. Problem solving building science related challenges is a passion of his, and his skill set in this field has been expanded with the Certificate in Building Science achieved in 2015 from the University of Toronto.  Ryan hopes to continue his education through membership with the Ontario Building Envelope Council as a BSS. 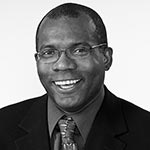 Terrence received his postgraduate engineering degree at Ryerson Polytechnic University in 1996, followed by his graduate degree at the University of Toronto in 1999. He has been with Giffin Koerth Forensic Engineering for 9 years and is currently a Senior Associate with the Civil & Structural Group. During his time at Giffin Koerth, Terrence has been engaged in numerous forensic investigations. His expertise includes building sciences, concrete durability, and the evaluation of building structures. He has completed numerous facility condition inspections and has authored reports for various buildings across Ontario. Terrence's wealth of experience in building condition assessments has been vital to establishing the condition of building envelopes, interior finishes, as well as structural and exterior architectural building features. Terrence is also qualified as an expert witness in the Ontario Court of Justice for matters related to concrete. 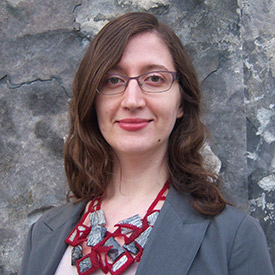 Marta graduated with honours from Ryerson University, Bachelor of Architectural Science program, specializing in Building Science in the last year of her studies. After graduation Marta worked as an architectural technologist, mainly preparing construction drawings for small-scale commercial and industrial projects. Upon deciding to pursue the field of Building Science seriously, Marta successfully completed the Building Science Certificate Program at the University of Toronto, School of Continuing Studies.  Marta is currently working with a team of Building Science and Design consultants on a project that overlooks roof replacements for more than 300 schools across the Toronto District School Board, as part of the Solar Panel Project. 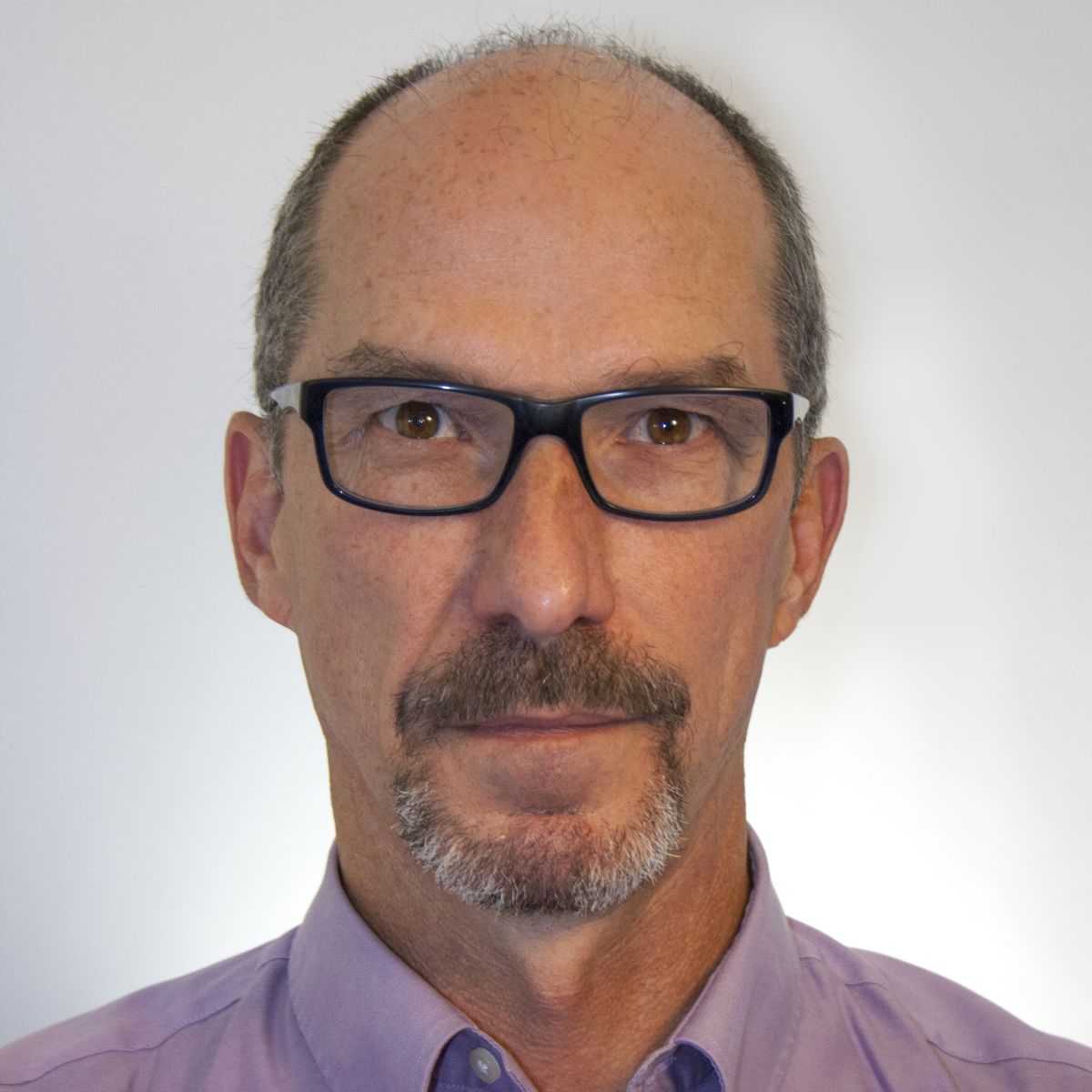 After studying Architectural Design at Ryerson Polytechnic Institute, Keith work for a number of small firms where he provided full architectural services from design through contract administration. Experiencing firsthand the importance that the project manual plays, Keith has, for the past 20 years, specialized in specification writing where building science plays a large role in the proper selection and use of construction materials. Keith is currently the Manager of Specifications and an Associate with Page + Steele / IBI Group Architects, a member of Construction Specifications Canada and a LEED Accredited Professional. 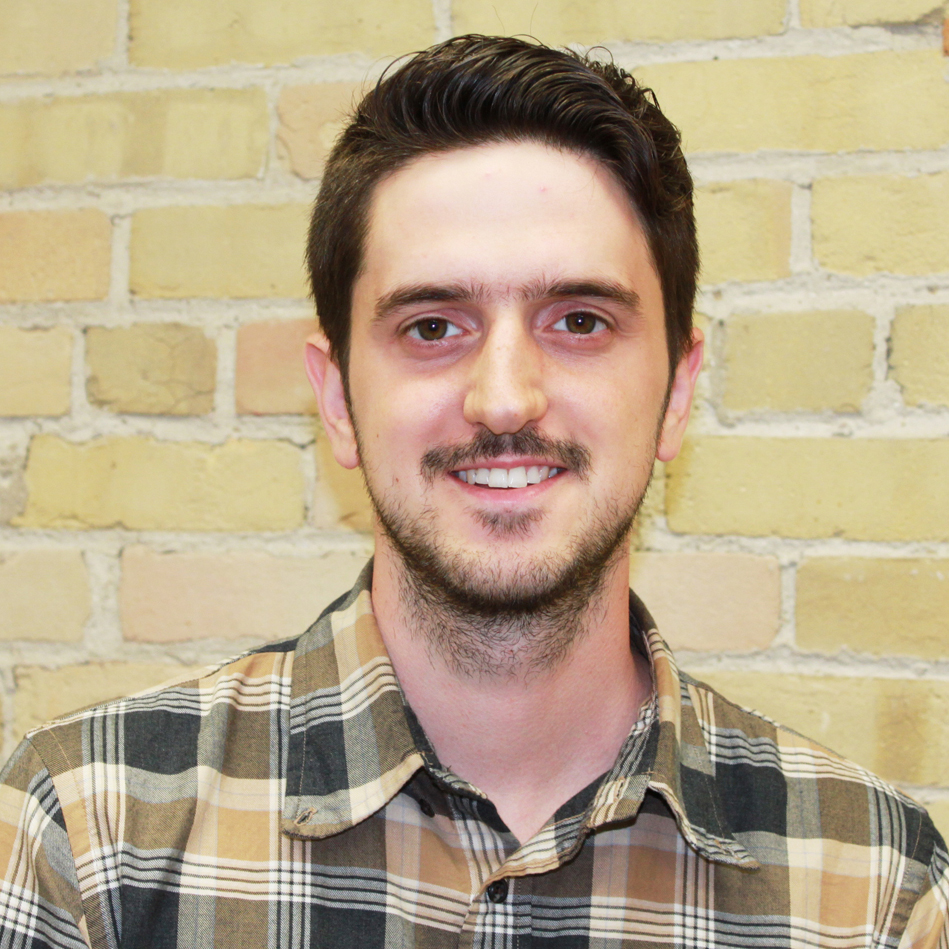 Andrea Mucciarone is currently a Building Science Specialist with Read Jones Christoffersen Ltd's Building Science and Restoration division, providing building envelope consultation services for new construction and restoration projects within the GTA and across Canada. He is a graduate of Ryerson University's Master of Building Science program as well as the University of Toronto's undergraduate architecture program. 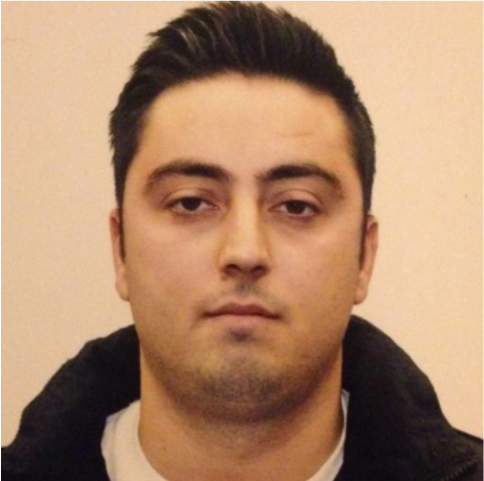 Mert has received his Bachelor of Applied Science degree in Civil Engineering from University of Waterloo in 2014 and has been with the Property Standards & Construction division of Homestead Land Holdings since. He assists in managing capital expenditure projects related to building envelope and structural rehabilitation of high-rise residential buildings. 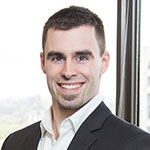 With a background in project management, and an accomplished technical knowledge, Jordan has a skill set that has produced many successful projects and satisfied clients. He has been the Project Engineer and Field Review Representative for several of RJC's most significant projects and has gained valuable experience in a variety of sectors including commercial, office, institutional and residential. Jordan graduated from the University of Western Ontario with a Bachelor of Civil and Structural Engineering. During his final year, he completed a research thesis on emerging green roofing technology, that spawned his interest in building envelope design. Jordan has a broad range of experience, including design, contract administration, and construction review. As a Project Engineer, he is responsible for various aspects of projects from start to finish, including evaluations, investigations and remediation of building envelope systems (walls, windows, roofing) as well as the implementation of rehabilitation and preventative programs. 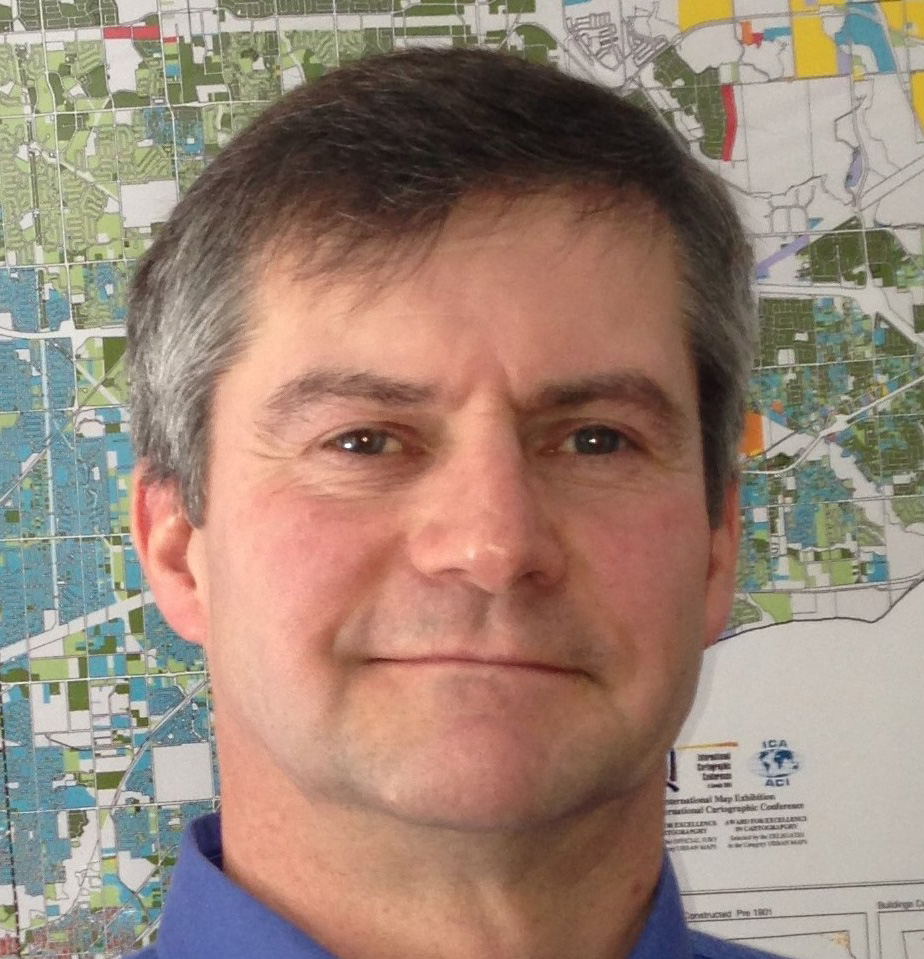 In the early 1980s, Keith started his career in energy conservation and auditing on the shop floor of a textile factory. Subsequently in the pharmaceutical industry, he worked in production, facility management and process improvement. As an innovator in mechanical set-up time reduction, he was a highly regarded speaker on that subject throughout the global pharmaceutical community. In 2007, Keith launched ProVantage Property Inspection Inc., an inspection company specializing in residential homes. On a regular basis, he crawls through and climbs over homes old and new, seeking out defects such as mouldy attics, leaking basements, and nonprofessional renovations. Because a home inspector sees only the tip of the iceberg in visual inspections, Keith’s knowledge of building science enables him to explain causes, risk, and remediation requirements in a way that clients can understand. Keith is a Registered Home Inspector (RHI) and a Certified Engineering Technologist (C.E.T) and is very pleased to add the BSS designation as a milestone on his path of continuous learning.

OBEC President, Marco Guzzo presents Terrance Holder and Matthew Fratarcangeli with their BSS Certificate at the May 11, 2016 Dinner Meeting.